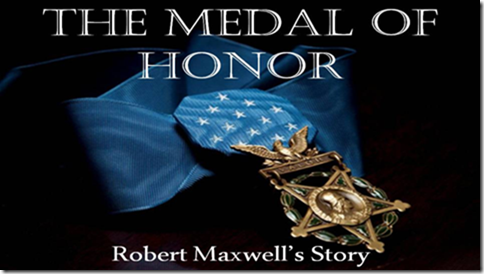 Just released on May 1st. the new Christian video, “The Medal of Honor:  Robert Maxwell’s Story” is now available free for your ministry and for congregations to use.

Robert Maxwell is our nation’s oldest living recipient of the Congressional Medal of Honor and has a great story to share.  He’s also a committed Christian and will tell you that although he wears the Medal of Honor around his neck, the most important thing he ever did was to accept Christ as his Savior and Lord.

As you’ll hear him tell it, Bob was a part of some of the most important campaigns of World War II, but on September 7, 1944, at about 2:00 A. M. when a live German hand grenade landed at his feet, Bob had only about 3 seconds to make a choice that would change his life forever.  END_OF_DOCUMENT_TOKEN_TO_BE_REPLACED 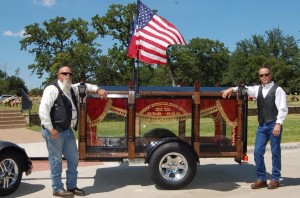 This is an outgrowth one of our affiliates, Hope Fellowship Church – Fellowship Riders in Irving, TX. This is a modestly priced service available by contacting them directly and they travel where needed. 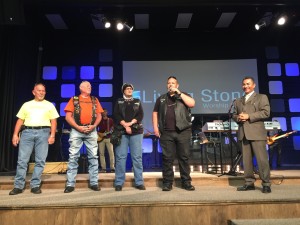 nother amazing time of worship, hearing The Word, and fellowship with our revitalized Fellowship Riders ministry at Living Stone Worship Center in Del Rio, TX.  From left to right are Dudley Kidwell, Ron Kidwell (President – Fellowship Riders), Margaret and Bill Melendez (Ministry Directors), and Pastor Martin Seca as the church welcomed the rebirth of this ministry under new leadership.

I encourage you to pray for these new leaders as they step into their community “Powered by Christ” and that you make a special effort to visit them as you tour the Great State of Texas.  I’m sure they would be glad to accompany you to Wright’s Steak House for a taste of Texas beef or to La Hacienda for a little Tex-Mex.  By now I’m sure you know the drill, “Ride, Eat, Repeat”.